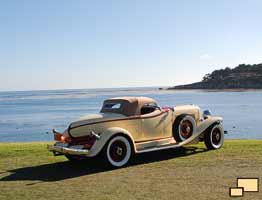 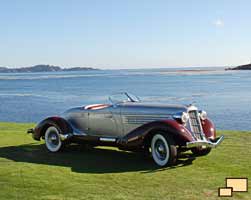 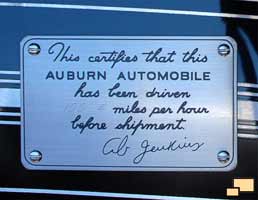 Above Left: 1932 Auburn 12-160A Speedster with a 12 cylinder, 391 cubic inch 160 hp engine. Above Right: 1936 Auburn 852 Speedster designed by Gordon Buehrig. Unfortunately the wonderful styling was not enough to overcome depression era economics and 1936 was the last year of Auburn production. 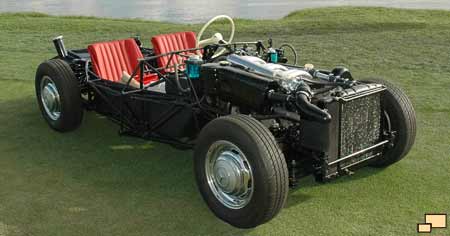 Also on display are bare chassis, which gives a unique view of a cars construction and proves, once again, that beauty is more than skin deep. Shown above and below left is a 1955 Mercedes-Benz 300 SL. Note that these cars can be driven, complying with the rule that all cars, even if they don't happen to have a body, must be drivable. The display also highlights the practice of years ago where a consumer would buy a chassis from a given manufacturer and then have a separate coachbuilder make a body for it. 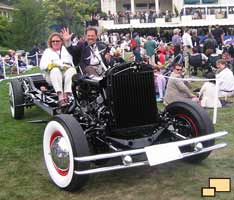 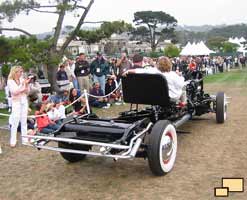 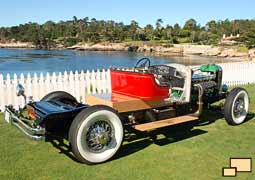 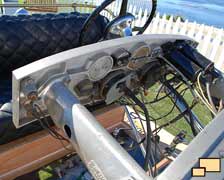 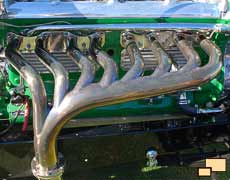 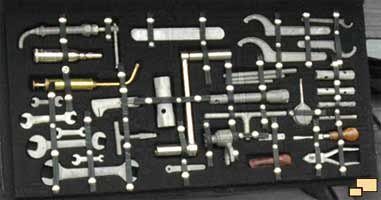 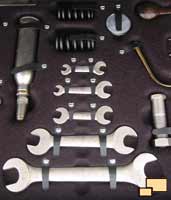 Although rare in modern cars, tool kits as standard equipment were common years ago. There are two schools of thought as to why we don't see them on today. One is that today's cars are too difficult for anyone but a specialist with complex gear to work on. The other is that recent cars are more reliable, eliminating the need for tool kits. Take your pick. 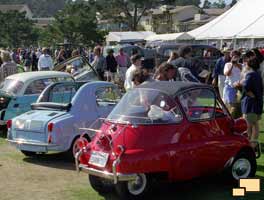 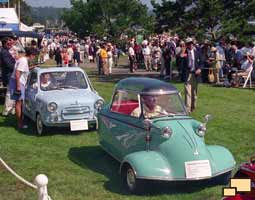 1997 saw a special class for microcars, although the word is that it is unlikely to be repeated. 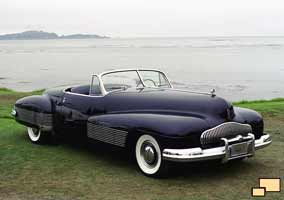 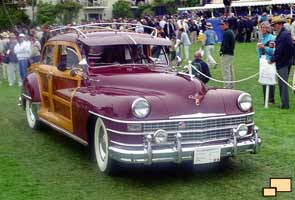 Left: 1938 Buick Y-Job. Styled by Harley J. Earl who is credited with bringing the notion of design to the automotive world AND with being the father of the Corvette. The Buick Y-Job is recognized as being the first concept car and quite accurately predicted what cars would look like 20 years later.

Right: 2001 saw an exhibit of Chrysler Town and Country cars at the Pebble Beach Concours. Production years included 1941, 1942, and 1946 through 1950. They were marketed as an upscale car and with their unique combination of a wood and steel body, now enjoy the label as "The Beautiful Chrysler".