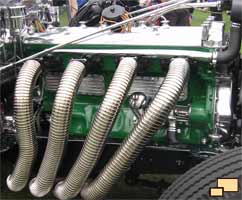 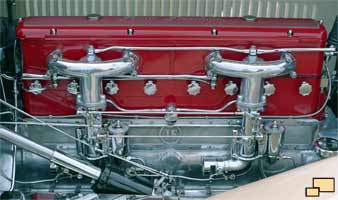 Left: A 265 hp Duesenberg straight eight. An engine breathing with dual overhead cams and four valves per cylinder might be common today but it was not in the 1930s, making this American classic very ahead of its time.
Right: The Italian sourced Isotta-Fraschini motor, also a straight eight, was rated at 115 hp. 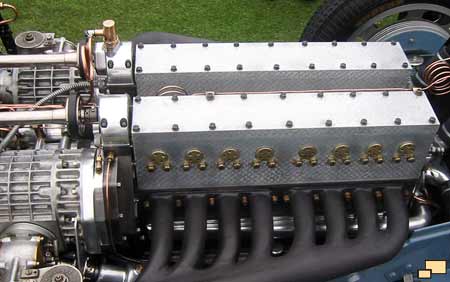 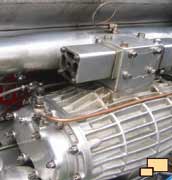 Bugatti engine bays are always a visual treat. Ettore Bugatti has been quoted as saying "If it looks good, it works good" and his motors always complied with that mission statement. Note the safety wires threaded throughout the engine, a Bugatti tradition. 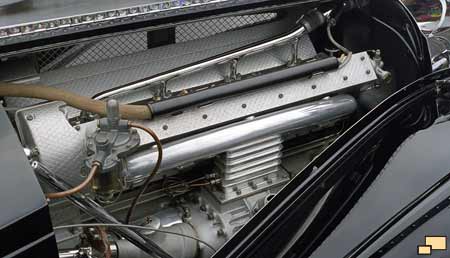 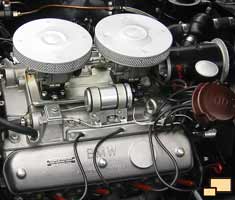 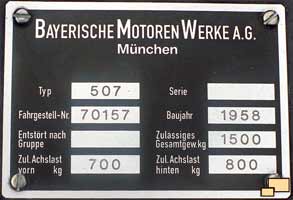 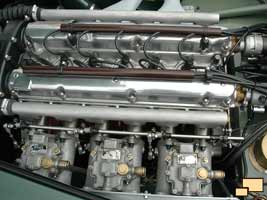 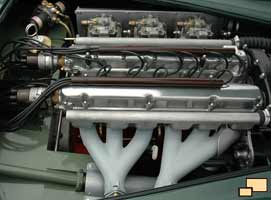 Intake and exhaust views of 1953 Aston Martin DB3S motor. You'll have to look elsewhere if you want to see oil leaking. 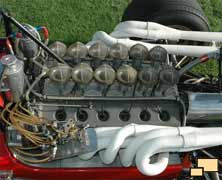 Right: 1969 Ferrari 312 F1 engine. "312" in this case referred to the 3.0 liters of displacement and the 12 cylinders configuration. Below: Lucas mechanical fuel injection. Just the thought of having to sort out such a set-up can cause a giant headache. 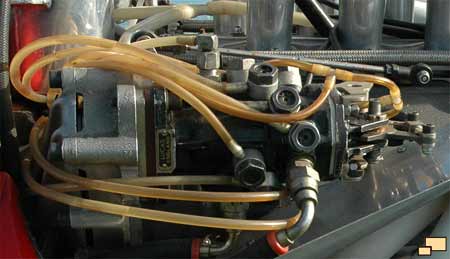 The "Bundle of Snakes", a term for the intricate collection of pipes that make up the exhaust headers of this '60s era Ferrari Formula One car were extraordinary. 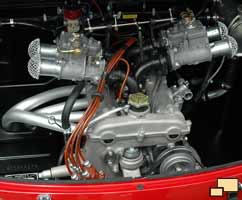 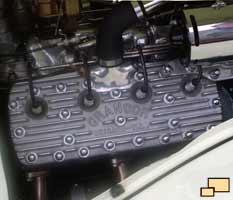 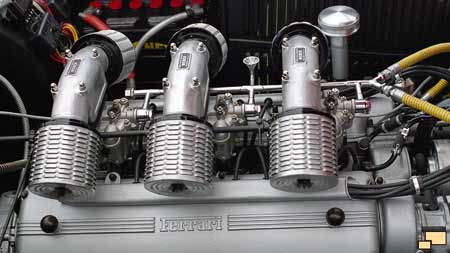 Distinctive air cleaner arrangement top off the Weber carburetors of this 12 cylinder Ferrari. 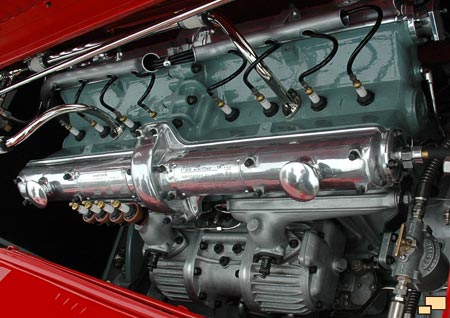 Alfa Romeo 8C 2900, one of the great automobile engines of all time. 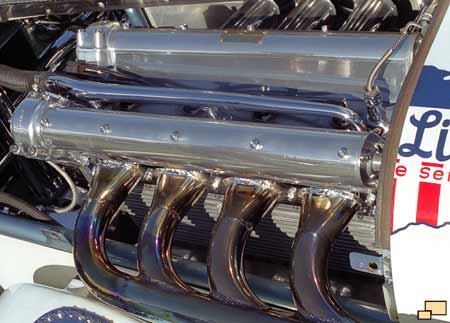 Four cylinder, double overhead camshaft four valve / cylinder Offenhauser ("Offy") engine was one of the most successful racing engines ever, having won the Indy 500 24 times.
Note: Clicking on an image with this symbol (