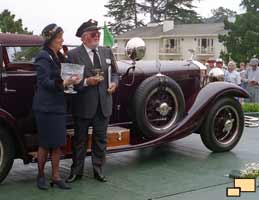 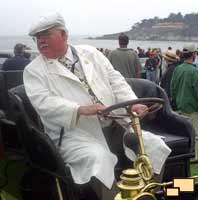 Period dress is encouraged and makes the event special.
Below right: Cellphones are optional. 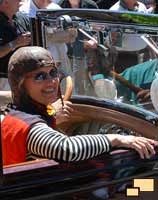 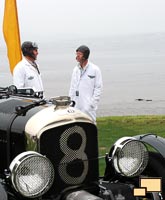 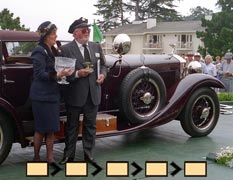 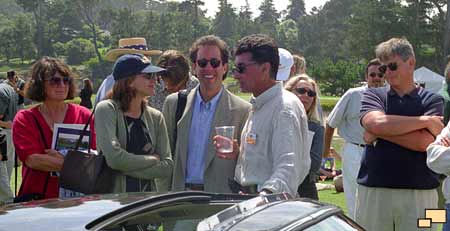 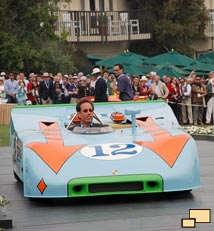 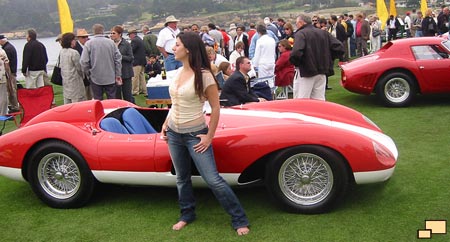 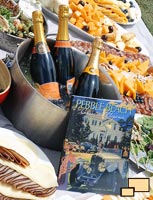 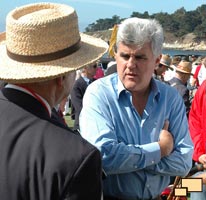 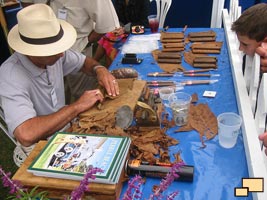 Left: Talk show host Jay Leno pays for his ticket by performing MC duties for the charity raffles. His slightly blue collar point of view brings a nice balance to the event. On one occasion he described the value of a Rolex watch set being raffled: "Just think, this watch is so valuable there are people in the world who will cut off your arm just to steal it from you". Jay usually has one of his classic cars entered.
Right: The ultimate sign of the good life, fresh hand rolled cigars.

Above: Jay Leno's 1953 Chrysler Tank Car, formerly known as the "Blastolene Special", was part of the 20+ liter class in 2008. The exact displacement is 28.4 liters or 1,733 cubic inches. Normally destined for a M47 Patton tank, with twin turbochargers the horsepower is roughly 1,600. When asked "How does it handle?" Jay replied, "Not bad, it's easy enough to drive. But it's a little like square dancing with a fat lady."

Right: "Better watch out if you park your car back there, somebody might take some parts from it." 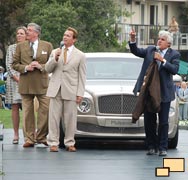 Left: Jay, along with California Governor Arnold Schwarzenegger, auction off to the crowd a signed bomber style jacket contributed by Mr. Schwarzenegger. $30,000 was raised for local charities. To the left is Pebble Beach Concours d'Elegance chairman Sandra Kasky Button and the Master of Ceremonies, Edward Herrmann. 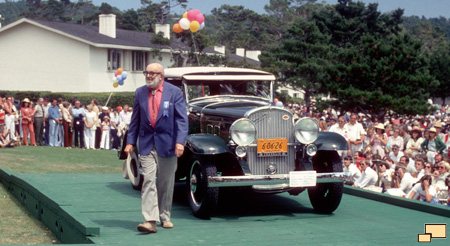 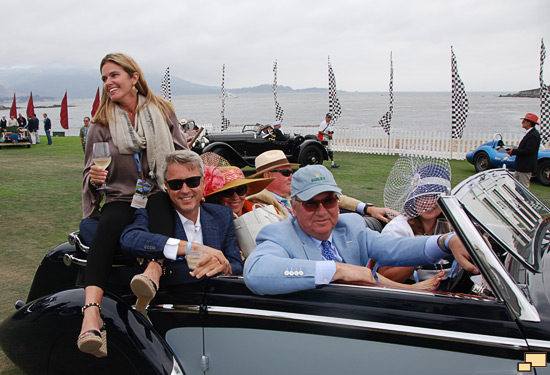