Above: Jaguar's racing version of the E-Type, known as the "Lightweight".

Below: Jaguar D-Type, the Le Mans winning predecessor to the highly successful E-Type. 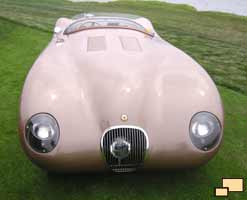 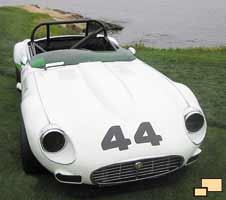 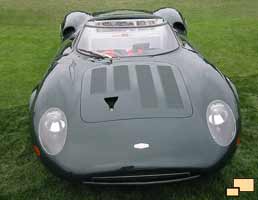 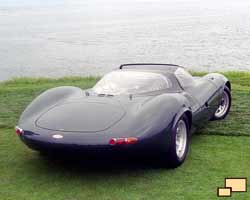 The Jaguar XJ-13. Although built to compete at Le Mans, it never raced. The XJ-13 featured a mid-engine 5.0 liter V12 motor. 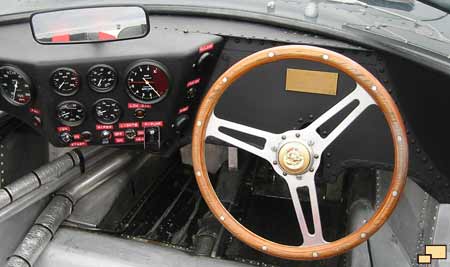 Often famous in their own way, even the vehicles used to transport the race cars can sometimes be found at the Pebble Beach Concours d'Elegance. 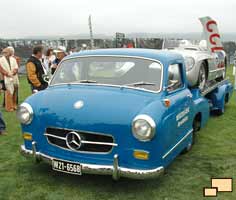 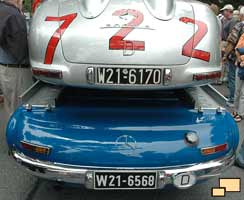 A Lotus 38 won the 1965 Indianapolis 500 with Jimmy Clark driving. The mid-engine configuration proved itself over the conventional front engine "Roadsters" that had dominated the race up to then.

This Alfa won the 1951 World Driving Championship for J. Manuel Fangio, arguably the greatest race car driver of all time. It was powered by the famous Alfa Romeo straight eight cylinder 1.5 liter motor. Horsepower was 450 @ 9,500 rpm and was aided by dual superchargers. The name was based on it's predecessor the 158, whose designation was based on the engine stats: 1.5 liters, eight cylinders.

The Tipo 159 Alfetta won every race it entered in the 1950 season. What makes this achievement even more incredible is that it was based on a car built in 1938. With much risk, Alfa Romeo had kept their race cars running and intact throughout World War II. It also won all but four of the 35 races it entered between 1947 and 1951.