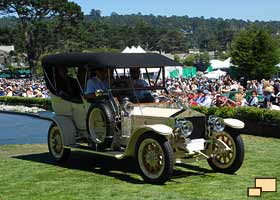 The Silver Ghost, a series of Rolls-Royce cars manufactured from 1906 to 1925, was the basis for the companies claim of producing "the best car in the world". That assertion was not debated as excellence, attention to detail and advanced engineering could be found throughout the car.

The "Silver Ghost" name was based on the silver paint of chassis #60551 and silver plated headlamps along with its very quiet operation, a phenomenon at the time as lesser cars made considerable and undesirable noise.

A Safari body used for the car's adventures in India where it remained until 1946 when it returned to England. The car has the only surviving short wheelbase sports chassis Silver Ghost in existance. A new Roi des Belges body was fitted in 1961. 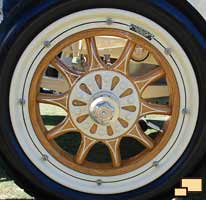 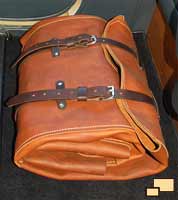 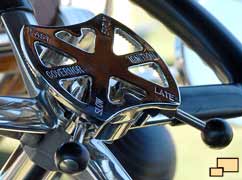 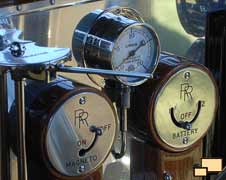 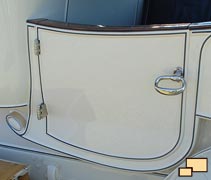 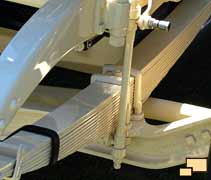 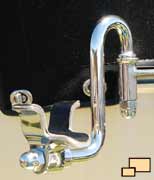 On display at the 2004 Pebble Beach Concours d'Elegance was Silver Ghost chassis number 60551 with AX 201 registration. The 12th 40/50 (the original model designation for the Silver Ghost) made, it is arguably the highest valued automobile in the world. It's reputation was made in the 1907 Scottish Reliability Trials when it went 14,371 miles without an involuntary stop, more than doubling the previous record. The car didn't actually fail, rather the participants felt the point had been made and saw no reason to continue. Now owned by Bentley Motors Limited, the most noted Silver Ghost has logged approximately 600,000 miles. 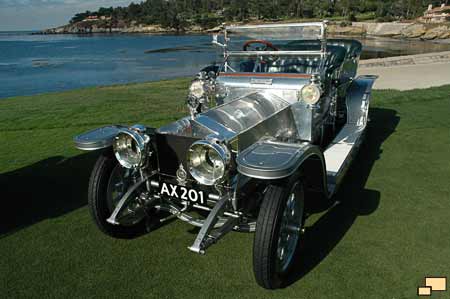 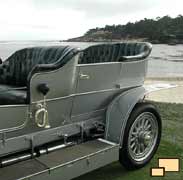 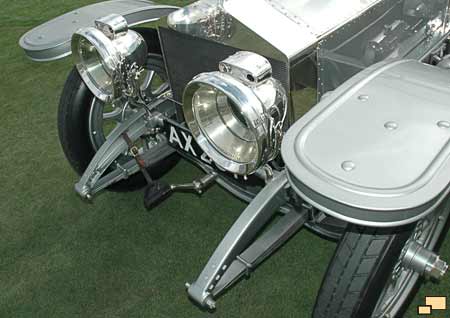