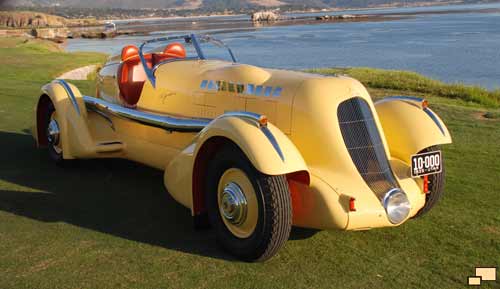 This 1935 Duesenberg SJ Special started life as a conventional Duesenberg J. Designer Herbert Newport, who was responsible for other more pedestrian Duesenberg J bodies, was assigned the task of creating a elegant and aerodynamic shape conducive to setting speed records. Construction started in May 1934 and it was completed the following year.

Ab Jenkins, the driver who set the land speed records was also the motivator behind the "Mormon Meteor". A devout Mormon, hence the car's name, Ab was short for David Abbott Jenkins. Ab was a successful building contractor, which enabled him to explore a passion for driving race cars. 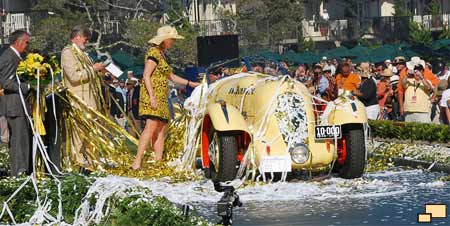 The "Mormon Meteor" was awarded "Best of Show" in 2007. It was a surprise win, as most observers thought that a yellow race car, which is not typical of the Best of Show award, would be passed over by judges for not meeting the "elegance" standard. However it was clearly a crowd favorite, and the judges agreed. 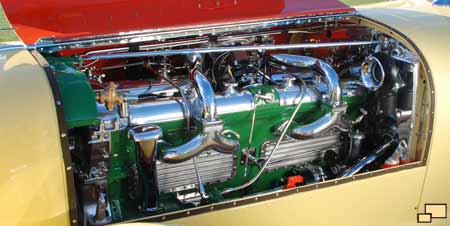 This Duesenberg special, owned by Harry Yeaggy, was powered by what would today be referred to as a "built" Duesenberg engine. It started life as a stock eight cylinder double overheard cam SJ motor (the "S" was short for "Supercharged") and was modified with special camshafts and purpose built Bendix-Stromberg carburetors feeding a special "ram's horn" manifold. Dynamometer tests rated it at 400 hp @ 5,000 RPM. The transmission was a three speed manual.

Note the single headlight mounted low in the grille. It's obviously not practical for everyday street driving but it is the way to go at the Bonneville salt flats where the land speed records were established. There are reports that for the speed records, the fenders were removed for better aerodynamics. 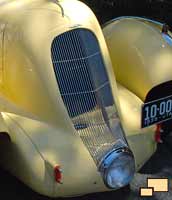 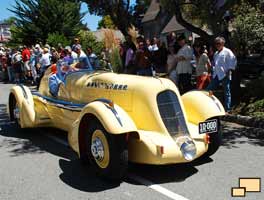 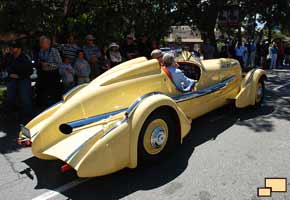 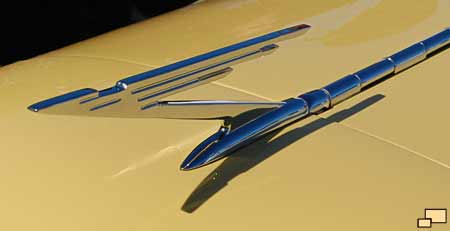 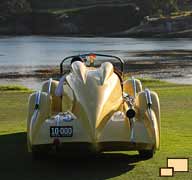 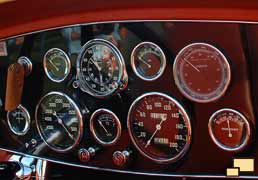 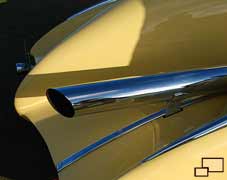 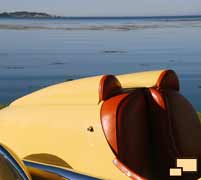 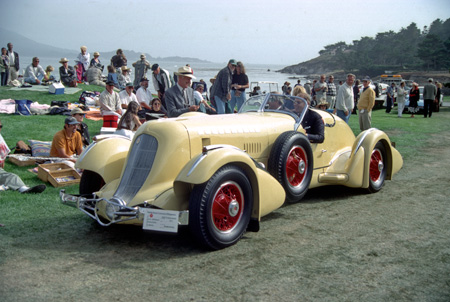 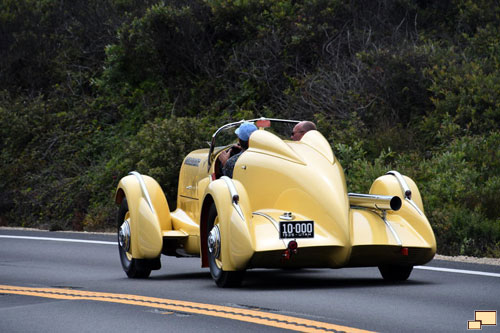 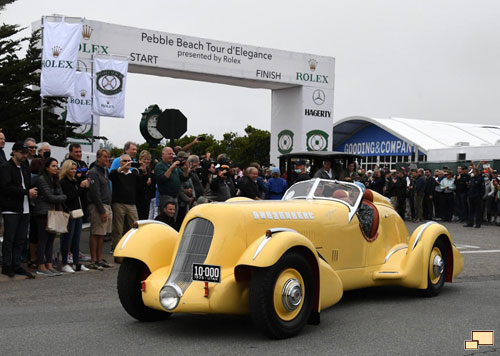