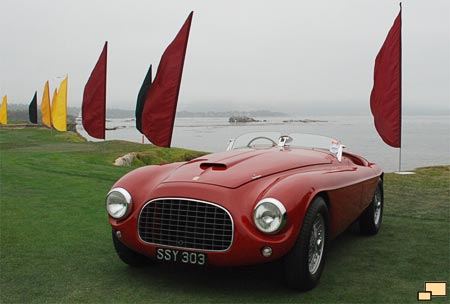 The enthusiastic rant of an excited Pebble Beach attendee sums up the feelings of many car enthusiasts.

Has there ever been a better looking four car lineup?

Every year a manufacturer is selected as the featured Marque and for 2005 Alfa Romeo was chosen. The factory stepped up with a considerable display that will not soon be forgotten. 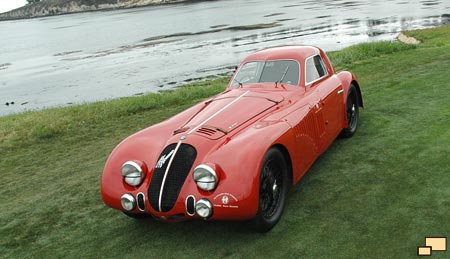 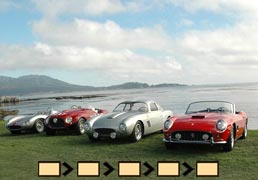 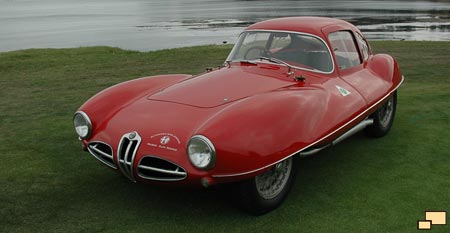 The 1952 Alfa Romeo Disco Volante is another example of the ultimate in Italian style. Unfortunately they were not mass produced, with two convertibles and a solitary coupe in existence.

Attention fans of "Ferris Bueller's Day Off". What you saw on the silver screen was a replica; at least that's what crashed at the end. Here is the real thing, a Ferrari 250 GT California.

Lamborghini 350 GT, the first model from the then fledgling 60s Italian automaker. This was a conservative effort when compared to its successors such as the Miura and Countach. 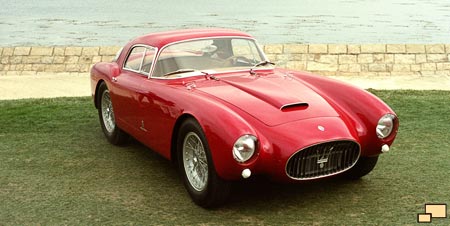